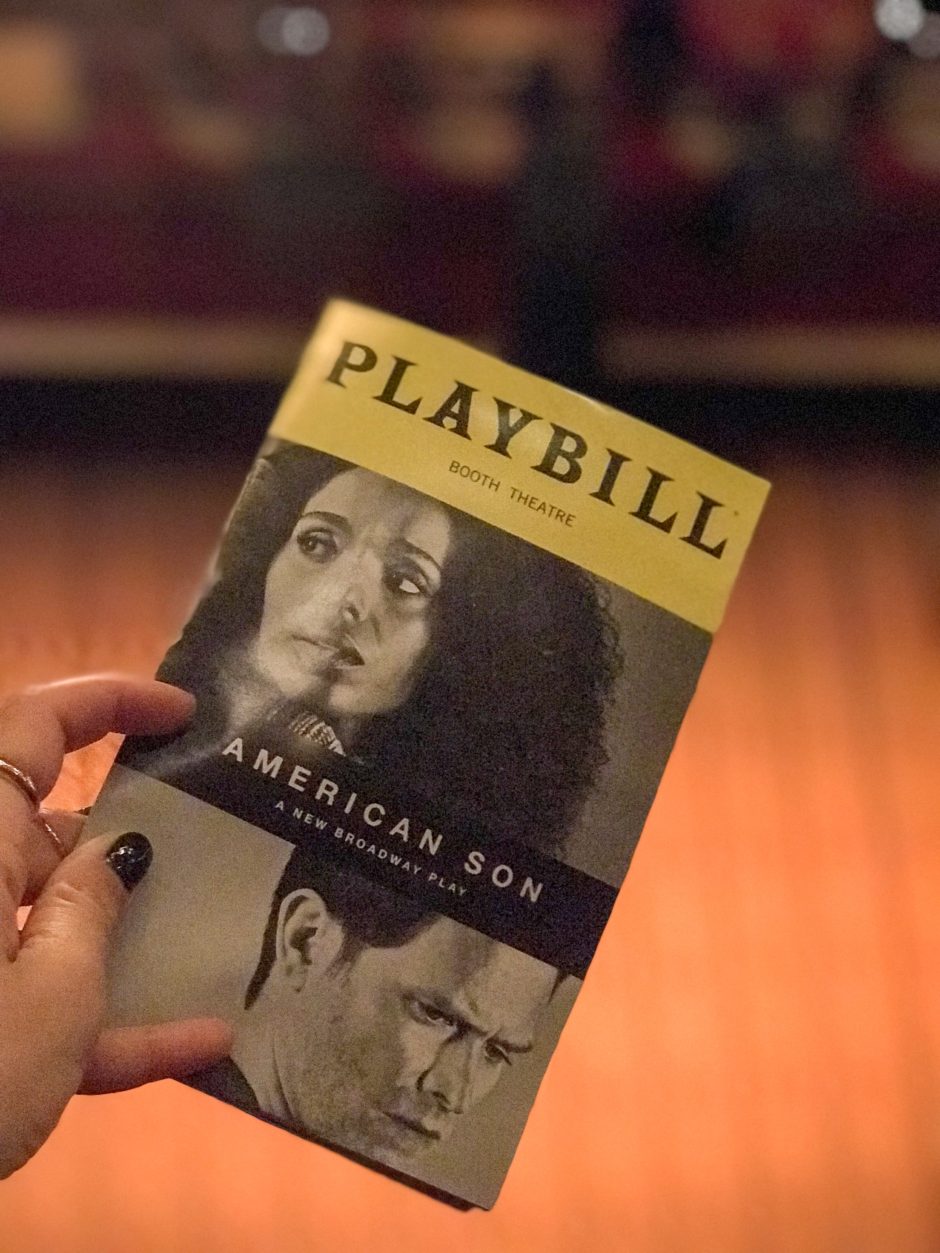 Last weekend, #Hubbs and I saw the broadway play “American Son” starring Kerry Washington which was co-produced by my dear friend Lu-Shawn M. Benbow-Thompson. This poignant story dives into the present-day complexities of an interracial marriage and the challenges parents face raising young black men in an urban community where tensions exists between police and minorities. The topic is relevant and heavy but the 4-actor cast also does a great job of creating lighter moments and giving the audience chances to laugh, exhale and say, “yeah, that’s messed up but true.”

As Kerry Washington explained in the “talk back”  after her heart wrenching and stellar performance, this play will likely be one of the important scripts in the theatrical canon. It deals with hard topics such as race, white privilege, racism, stereotypes, police brutality and fear just to name a few. We rarely meaningfully discuss any of this in mixed company meaning black and brown people talking to white people. However, this fictional family opens up the door of discussion. As we have learned from history, without a national conversation, social change is almost impossible.

I woke up the Sunday after the play thinking that it’s almost ironic (and a little sad) that “American Son,” gives voices to the same “double consciousness” that in 1903 W.E.B. DuBoise, famously writes about in “Souls of Black Folk:”

It is a peculiar sensation, this double consciousness, this sense of always looking at one’s self through the eyes of other, of measuring one’s soul by the tape of a world that looks on in amused contempt and pity. One ever feels his two-ness, [meaning feeling like both ] an American [and] a Negro, two souls, two thoughts, two unreconciled strivings, two warring ideals in one dark body… The history of the American Negro is the history of this strife- this longing to attain self-consciousness…to merge his double self into a better and truer self. In this merging, [he does not want to lose his black self.] He [also] does not wish to Africanize America, for America has too much to teach the world and Africa. He wouldn’t bleach his Negro blood in a flood of White Americanism, for he knows that Negro blood has a message for the world. He simply wishes to make it possible for a man to be both Negro and an American without being cursed and spit upon by his fellows, without having the doors of opportunity roughly closed in his face.” —

American Son has a limited run in this form meaning it will close January 27, 2019.  WE ALL need to see this performance. We should see it with our children, our parents, our friends and our significant others. We should see it with our white friends, our black friends, our Hispanic friends, our African friends and so on.  Once we see it, we should talk about the way it made us feel: sad, isolated, misunderstood, celebrated and even tormented. Because in these difficult discussions, we will find some truth and understanding. American history teaches us that with understanding, we find progress.

Social Media helps to Expand the Black Experience in America